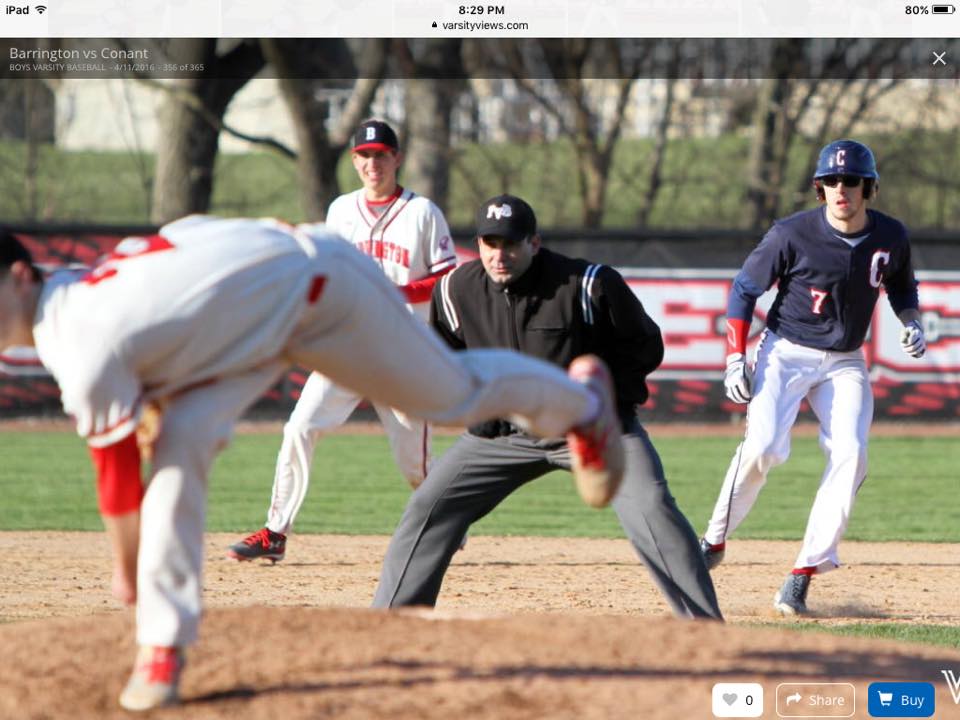 Thank you for taking the time to visit the FVB website and learning more about the fastest growing, highest quality group of Baseball umpires in Chicago, the Fox Valley Blues Umpires. Over the years we have worked hard to bring a new perception of baseball umpires to the Chicago area. As we enter our 12th year of formal existence, our goals may have changed but our mission statement hasn't.

Coaches and AD's
If you like what you see here and would like to get more info, such as availability and rates, contact me at the above numbers or through this site. Fellow Umpires…if you want to get involved in an organization that invests in their members, FVB is for you. Contact me for an info kit, or submit an online form from this site.

My Assignment Philosophy
IMHO, One of the secrets to FVB's success is that my theory of assigning is based on me investing in our members. I can recognize very quickly whether an umpire can progress and wants to progress. A guy who is willing to drive to DeKalb and give up his Fall Saturday to work a College scrimmage for a Cheeseburger is someone who will get a continual look from me.

I've never subscribed to the "throwing bodies on a field" theory. A first or second year umpire seldom gets Varsity games, but when they finally do get one, it means something to them because they know they've earned it with me. I believe that an umpire is ready to progress to the next level after he has mastered the level he's at and has earned the respect of coaches and peers at that level. This is especially true when trying to progress to the college level, where coaches aren't very forgiving. Some assignments are held to a much higher standard than others. Naperville Central, Prairie Ridge and St. Charles East are among these marquee assignments. At the same time, nobody is more in tune to progression planning than I am, so I like to give second-year officials non-Conference Varsity games in March and early April.

I also believe strongly that the High School game is far different than others...much more complex. I have had a lot of umpires who have worked extensive Travel ball or Men's Leagues, and they feel prepared to work Varsity ball. It generally takes at least a full season (sometimes 2-3) of Frosh/Soph games to understand this. Another way to view this is that after working 2-3 years of Frosh/Soph games and proving yourself at that level, you will progress to the Varsity level with the same kids you've been umpiring, and even some of the coaches. That recognition and respect goes a long way.

Then there is the umpire who drops everything every time I call. That umpire gets rewarded in several ways, most importantly with a marquee game thrown his way…yet not a game he can't handle. I couldn't explain to a coach or AD that the overmatched rookie umpire on the big Varsity game got that assignment because he dropped everything the day before for another school. You get the picture. Other ways to land an opportunity is based on availability or geography. An aspiring college umpire who is available at 1:00 is more likely to get a makeup call over one who's not.

A couple of frequently asked questions:
"Does an established umpire new to FVB have to work his way up the ladder to get the big game?" If a quality umpire relocates to Chicago, he will be given every opportunity to succeed with FVB. If we don't give him that opportunity, another organization will! Keep in mind that I do not give out College assignments sight unseen, or even extensive Varsity schedules. What helps is references of former Supervisors who I know. It is not uncommon for a newly relocated umpire to get one of the best schedules in FVB.

"Does an umpire have to pay dues to FVB in order to get games?" Absolutely not, but.... FVB covers 19,000+ games in a 3,000 square mile radius, so sometimes we depend on nonmembers to cover games during peak times or on geographic borders. However, prioritization of assignments is members first, and non-members do not receive advanced spring contracts, or access to our open game submissions on the website. Key assignments, such as College, Summer HS Regionals, some select High Schools, and select summer tournaments (including CABA) are members only. That's only fair. However, non-members are included on some emails that go out with open games.

"What are my biggest pet peeves?" Three things…Irresponsibility, Dishonesty, and Stupidity! Umpires who have turned back games to me to do another game for a different Assignor are red-flagged. Enough said. I updated this to include stupidity. I tend to overcommunicate, which means several emails with explicit directions on the assignment process all Winter. When an umpire gave half of his games back because he didn't read the emails I was sending out, he was done. I don't have time for that. And Lying...I can recall I had a new umpire miss a Spring Break assignment, and he told me that he left messages on my cell and home numbers that his car broke down. Wanting to give him the benefit of the doubt, I had to check my call records thinking that I wasn't getting all of my messages. Of course no traces of any calls. He was red-flagged, and then two days later he called me at 4:29 to tell me he was lost heading to Wheaton North HS. His location had him an hour away from the school, headed in the wrong direction. His schedule was pulled, but I was even more disappointed in myself for trusting him after the first lie. Live and learn.

"Can a coach redline an umpire?" This is a loaded question. If I feel a good umpire had a rough day and the coach asks for the umpire not to return, I have been known to send him back the next day! They both get over it and we all move on. However, with new umpires, or even very turbulent situations with Varsity umpires, it is sometimes best to move an umpire off of a game. My belief is that no umpire should go where he's not wanted, but some umpires have a lot of pride and don't want to be moved. This decision is my discretion, not the coaches, and will lie in everyone's best interests.

"Last year I worked 5 College games, and this year I only got 4 on my schedule. Why?" Well, if those 5 games were rain makeup's, you'll probably get 5 more makeups this year, giving you 9 total. I can't penalize the umpire whose games were rained out the year before. The higher you move up the ladder, the more difficult and slower it becomes to progress. In '04, many umpires got a chance to work college ball for the first time because of the rain, some injuries, and a job change. In '05, the injuries were healed and some of the '04 replacements did not get as many college games as they expected. Timing is everything.

"JC, I'm ready to work College Ball and you won't give me an opportunity. What's Up?" Part of working your way up the ladder is preparing for the opportunity before it comes. What does that mean? If you want to start working college ball, ask to come to our NCAA rules session, register with the NCAA, join the CBUA, get a rule book and take the test. That's a given. Then talk to other guys working that level and learn about expectations. Know that you need to get there an hour before. Know what the uniform requirements are. Volunteer to do some Fall Scrimmages and get familiarized with a coach, or even a field. One story comes to mind...a couple of years ago I was in a bind and called an umpire who had been stalking me to start working college games. I asked him if he could work, he said "Yes, but all of my shirts have IHSA patches on them". I couldn't believe it. Opportunities don't grow on trees. Don't be a Randy...be prepared!

You may agree or disagree with this philosophy, but I have to stick with what has worked.